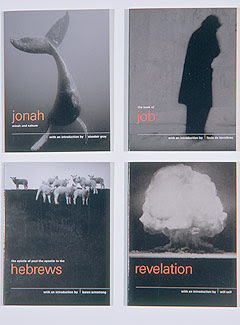 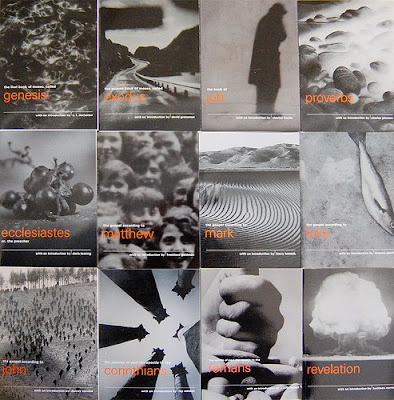 London based design group Pentagram's "radical repackaging of the Bible designed to reintroduce the texts to a contemporary audience."
KJV texts with introductions by famous (contemporary) authors, published by Canongate books in the UK. By 2006, the series been published in 12 languages and in 16 countries, selling well over a million copies.
Winner of a Publishers' Publicity Circle award in 1998 as well as multiple other design awards.
There's nothing inherently spiritual about black leather bindings and gold gothic letters...

Whoa, I have lot of Bibles but these seriously make me want to break the 10th Commandment.

I hope I get to buy one soon!