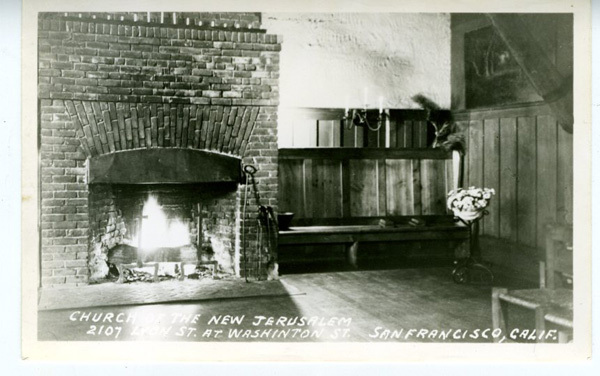 California's unique version of the Arts and Crafts movement expressed itself in churches as well as its better-known homes.  The Craftsman movement was an idealistic one; its proponents really believed that architecture expressed values and they tried to make these churches suit the values they professed,  among them authenticity in materials and a devotion (at least in rhetoric) to a simpler, more natural approach.  These things can be read in the buildings now, but were even more apparent at the time when they were built.  The contrast between these churches and the prevailing Victorian style of fancy brickwork and heavy ornamentation was intentional, and unmistakeable.

These churches look gentle and quaint.  But at the time they were a coded rebuke; a smackdown to the church architecture status quo.

There is certainly design inspiration here...shingled facades and heavy timber beams (note the Vitruvian supporting posts of solid redwood on First Unitarian) are still beautiful features, as is the Swedenborgian church's back-of-the-sanctuary fireplace, which I long to see in a modern worship space.

But more than that, they remind us that our architecture expresses our values.  Does that reassure you about your own church...or make you uncomfortable?