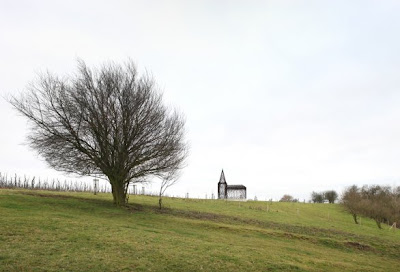 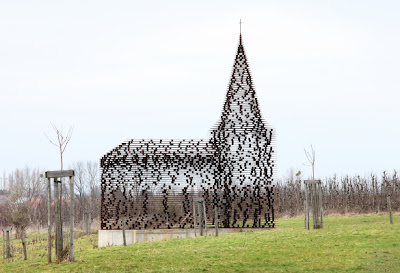 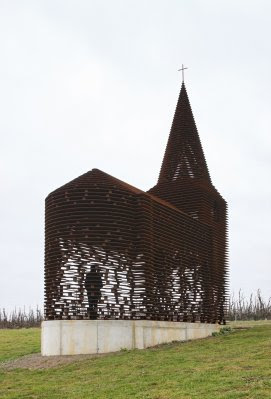 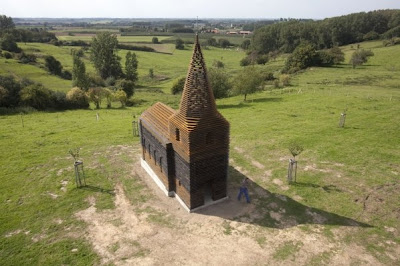 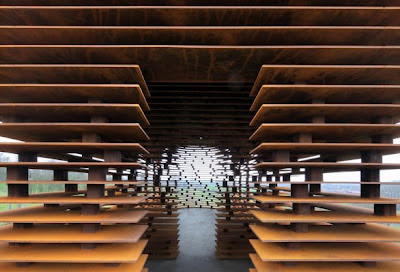 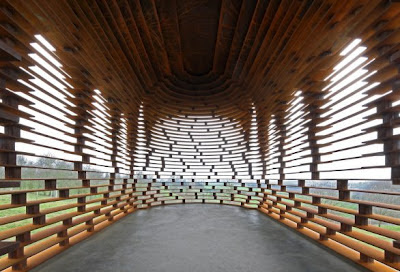 Gijs Van Vaerenbergh's recent construction in the rural landscape of Borgloon (Limburg, Belgium) is based on the design of the local church, but reimagines it as something like a line drawing. By using horizontal plates for construction, the familiar shape of a traditional church becomes a wraith-like object that appears nearly solid or nearly transparent  depending on where you're standing.  And I think it feels quite sacred.

Modern churches can so reject tradition in both form and materials that they become completely unfamiliar; I'm impressed by the way this project radically reinterprets material construction while retaining a traditional shape that can still be 'read' by anyone as a church.

Obviously it's not meant to meet in, but that is inspiring as well.  Churches rarely build anything beyond their own forbidding walls. Landscape interventions, like this one and the cross-gate, are an opportunity to reach into the semi-public space around the church.
Share |
Posted by arcady at 7:28 PM