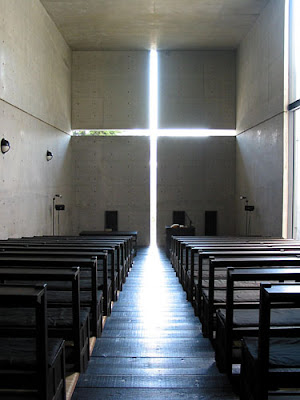 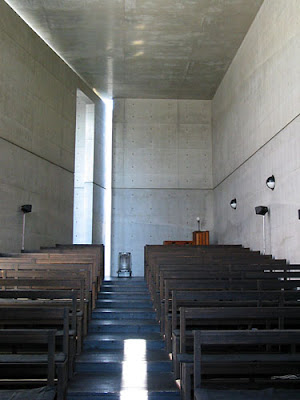 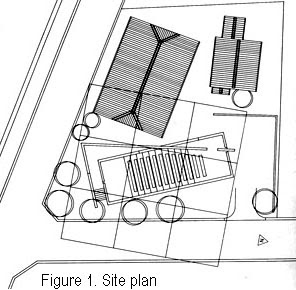 Today, two churches that are uniquely centered around light...
The first is Tadao Ando's Church of the Light in Osaka Japan which is well-known in architectural circles but, paradoxically, not in church-y ones.

Though Ando certainly works in a minimalist fashion, the asceticism of this church was as much an issue of low budget as of aesthetics. The contractor donated the construction of the roof when funds ran out and the church pews and the floorboards are made of construction wood salvaged from concrete forms and scaffolding.
Ando is an architect by talent, not by training. He has no formal education in the field but nonetheless received architecture's highest award, the Pritzker Prize, in 1995.

Church of the Light is quite small, and its all-concrete construction has been described as claustrophobic by some. But it demonstrates well the power of light, the possibilities of negative space, and the wisdom of putting your money where it counts, in a strong, central focal point.
[Lovely images, above by Liao Yusheng. An excellent tour of the entire site, which gives some sense of the way the unique concrete forms of the church are experienced, is here. And of course, there is a Wiki on the Church of the Light.]
Share |
Posted by arcady at 12:22 PM