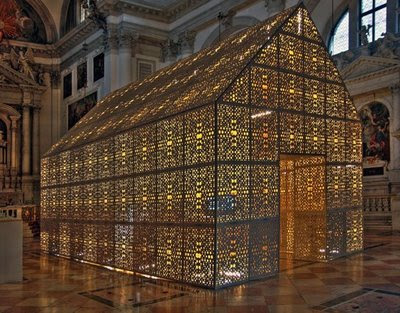 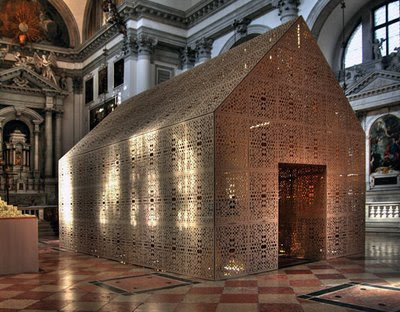 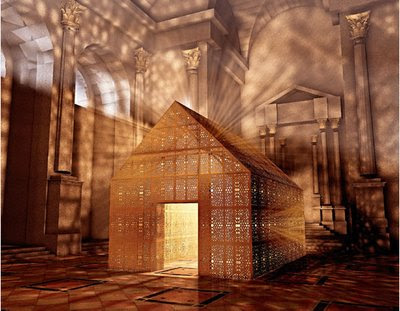 Chapel within a church, constructed by Russian architectural consortium bornhouse in the San Stae church for the Venice Biennale. Luminous, simple design well-suited for a free standing structure as well. There is a video of the grid-based construction at the link.

I believe these are laser-cut wood panels...I'm interested in how this sort of delicate screening effect could be applied to the monolithic expanses of steel and glass seen so often in American church construction.
Share |
Posted by arcady at 4:26 PM 2 comments 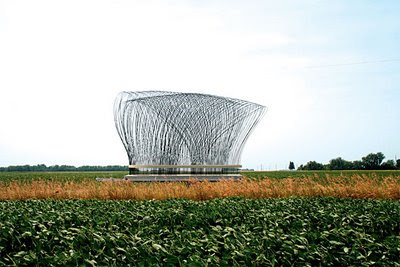 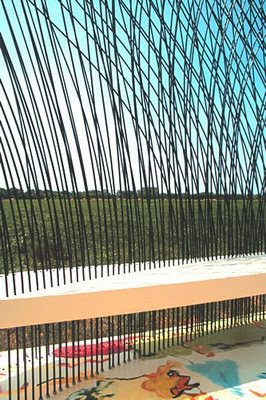 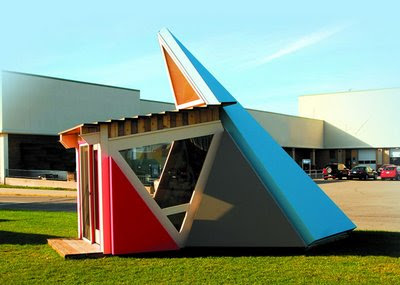 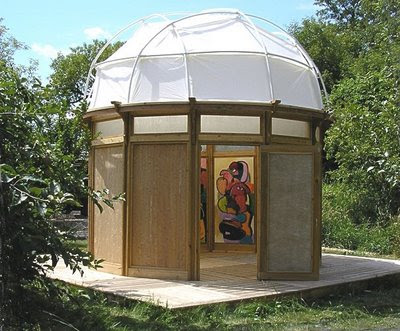 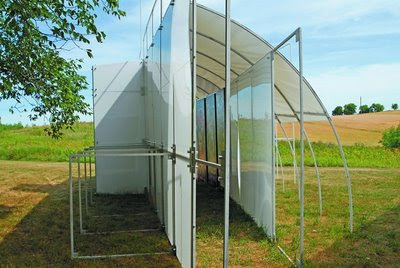 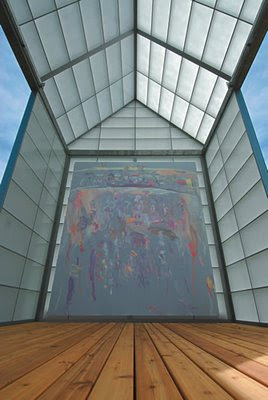 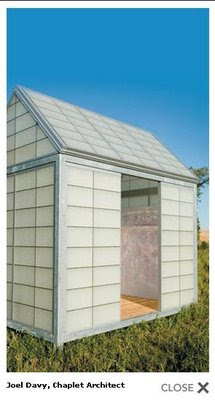 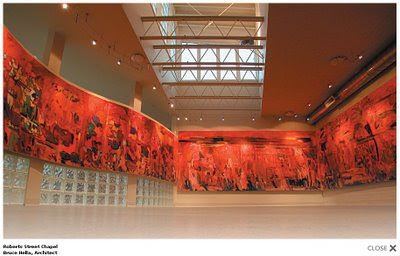 Images and text from Marjorie's website; more info at Metropolismag
Share |
Posted by arcady at 11:21 AM 0 comments 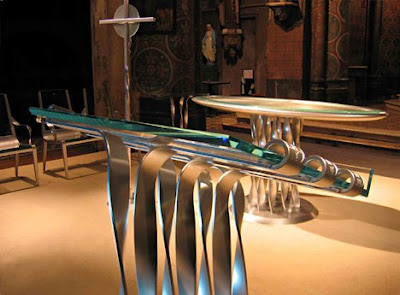 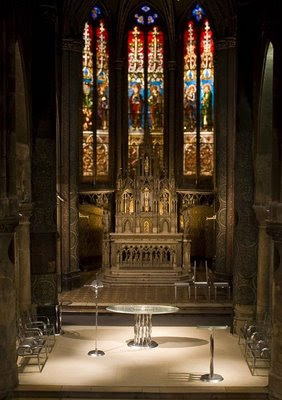 
In the pulpit the spirals represent the vibrations of sound waves--the scope and depth of the voice of God--teaching the Faith. The twists also represent the Alpha and Omega, infinity. The seven posts refer to the seven seals of the Apocalypse, which only the Lamb may break, giving Christ a central role.
[photos via yanko design]
Share |
Posted by arcady at 3:25 PM 0 comments 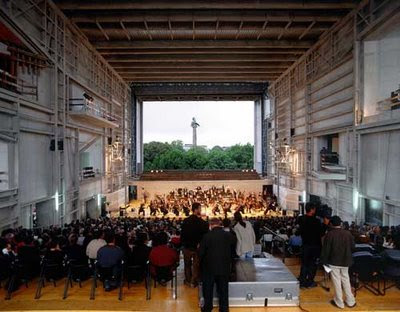 Behind the pulpit/stage/choir loft/baptistry (depending on your configuration) is at worst a blank wall, at best some stained glass. I like the approach of the Casa da Musica, Porto, Portugal, with a view to the wider world outside.
Share |
Posted by arcady at 3:12 PM 0 comments 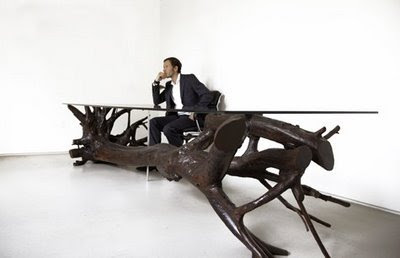 Tree Table by Sebastián Errázuriz .
In most building projects there are at least a few uprooted trees; a stunning design for an altar (or any other) table.
Share |
Posted by arcady at 10:19 AM 1 comments