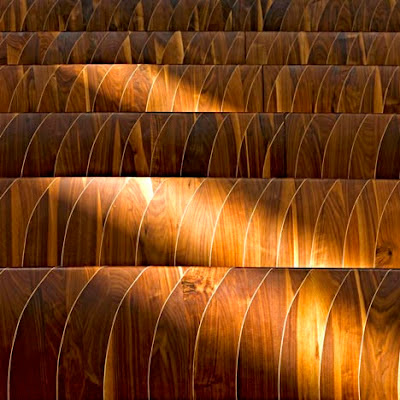 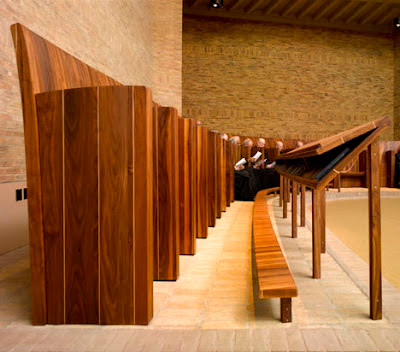 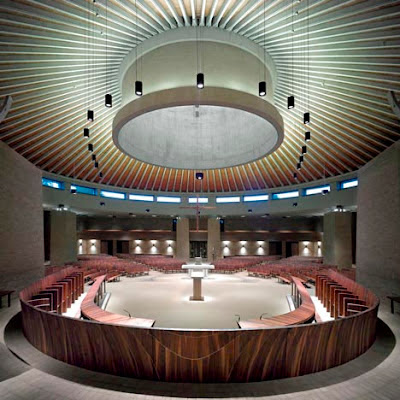 Pews often get a bad rap in church circles.  The pews/chairs debate is a very individual one for congregations, but in a time when I see theatres switching out chairs for bench-style seating, I wonder whether churches are just on the slow end of the design curve.

So it is interesting that British designer Thomas Heatherwick was commissioned to add permanent pew seating to a mid-century monastic space whose original design had specified unfixed chairs, which came to be viewed as "invading the space and creating a feeling of disorder and temporariness".

His interpretation of the pew in American black walnut, embedded with a thread of ash, captures in contemporary fashion one of the best aesthetic features of the traditional church pew:  the strong, coherent line it makes in a worship space as opposed to the broken and often chaotic lines of chairs.