On Moving from Ideas to Reality. On Having Faith. 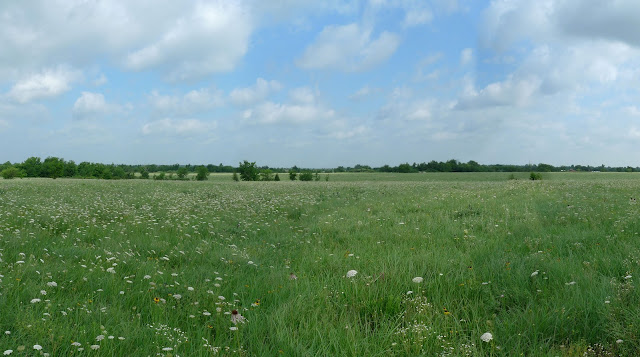 It has been awhile since I've posted regularly on this blog, and then when I came back to it I found it had acquired some Chinese spam in my absence, and so I took it down temporarily and then I wasn't sure if it mattered anyway....so thanks to those of you who got in touch telling me that in fact, it did.

I started the blog to relieve the crowding in the files of ideas I'd kept for our church in the now-ten years since we purchased, by faith, a full 100 acres of Oklahoma prairie land.  It was my pastor father's idea, his vision, and though the church was willing I know there were those who thought buying a hundred acres was mad, the impractical attachment of a plains farmboy-turned preacher to wide open spaces and grand ideas, an overreach that would keep us from ever actually being able to build there.

When we didn't, there was some grumbling.   There were those who thought we should sell.   At least two well-meant but ultimately ineffective attempts to 'make something happen' with meetings and committees.  A consultation with local architects that stalled out.  And some left, believing that it would never happen, that we'd never get to worship on the site that everyone now referred to with capitals:  The Land.  Our land.  God's land.

Sometimes, I thought so too.  Or at least, that it would be so long my dad wouldn't see it, and maybe I would have moved on by then, myself.  Maybe it was for others past us, and that was okay.  But the flickering doubt and the why not, why not yet became a sort of grief within the congregation, as the corporate faith we'd held for our promised home retreated.  Still fast in individual hearts, mind you, but we didn't speak of it so much now, except in prayer.

That was the winter.  And in April, just after Easter, I sat in a London restaurant with the principals of drdh architects and talked to them about the project for the second time, actually, because we'd met once before but it was still winter, and they sketched on the paper tablecloth and knew what to do.  I think I cried afterwards, like I had the first meeting, because someone finally understood.

A Home for Worship.  A House of God.  Not a megachurch or a metal warehouse or a theatrum electronicum.  A beautiful, simple keeping place for a small congregation that had turned that silly 80/20 rule--that in most congregations only 20% of those gathered are committed, serving, followers of Christ--on its head.

And just a couple of weekends ago, Daniel and David brought us models and drawings of the very place, a place that now seems to me as if it was already formed of the shadows on the prairie and was just waiting for us to wade through the tallgrass to find it.  We met, we the body, on The Land that we love, and the models arrived after the singing had started so that the building blocks were being set out in their careful places as familiar, beloved voices rose around me in ancient hymn of thanksgiving:  "Praise God from whom all blessings flow...praise him all creatures here below..praise him above ye heavenly host...praise Father, Son and Holy Ghost".   The church was built for me then.  Amen. 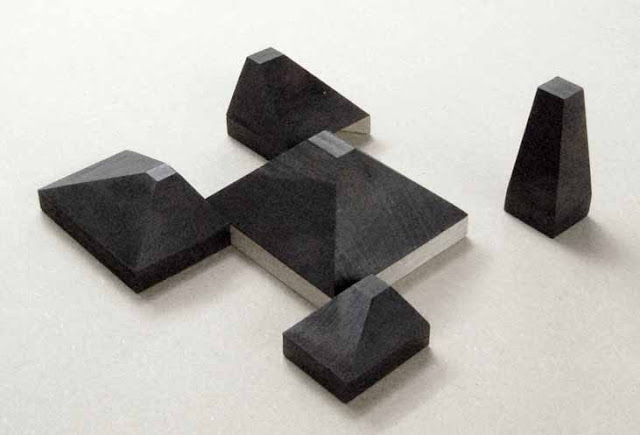 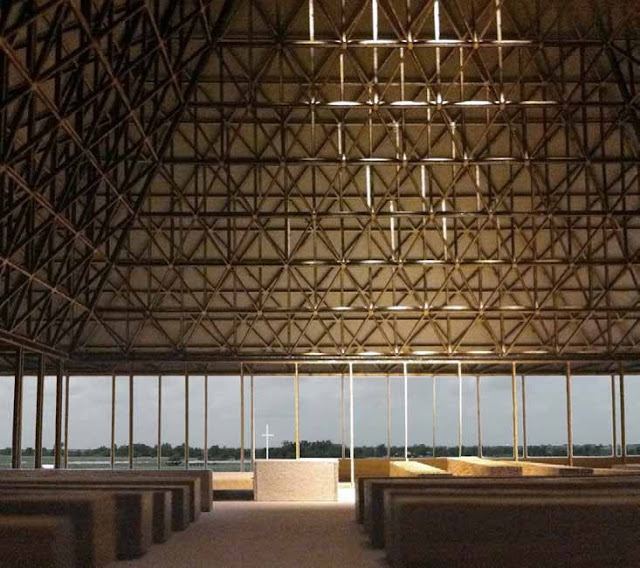