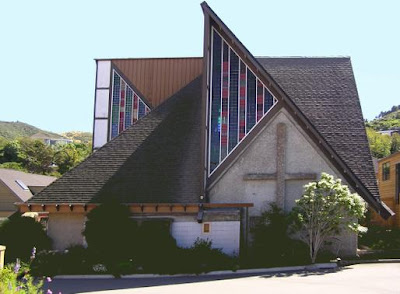 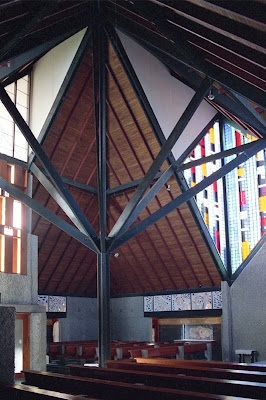 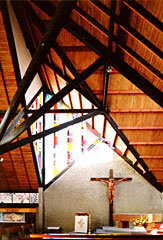 Futuna Chapel by John Scott is considered one of the most significant twentieth century buildings in New Zealand and incorporates ideas from the wharenui (below, the traditional communal house of the Maori)--including a prominent load-bearing pole, visible rafters, eaves that slope sharply and end low to the ground, and a modest entrance--combining these features with Scott's characteristic strong geometries within a modernist idiom  The chapel was self-built by the Brothers of the Society of Mary, for whom it was designed as a spiritual retreat. 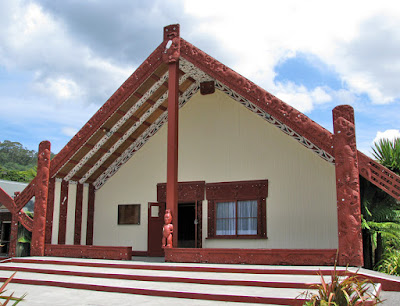 Sold to developers in 2000 and allowed to fall into disrepair, the building is now owned by the Friends of Futuna Charitable Trust, whose website has frustratingly small photos showing the sketches, models, and  interior of the church.  But who, for the chapel's 50th anniversary just a couple of weeks ago, created commemorative scale models in conjunction with the amazing 'personal factory' firm Ponoko.

What a special project for any church with distinctive architecture!  Note that scale models of 'whale' churches are unlikely to be any more interesting than the real thing.

Read more about John Scott's work, including his churches, at a very nice blog of his work: scott-architecture.blogspot.com/, and some more images of the futuna chapel at this flickr stream.
Share |
Posted by arcady at 5:07 PM 0 comments

More than stained glass, I'd like to have Tokujin Yosihioka's column of prisms casting natural rainbows in my church. 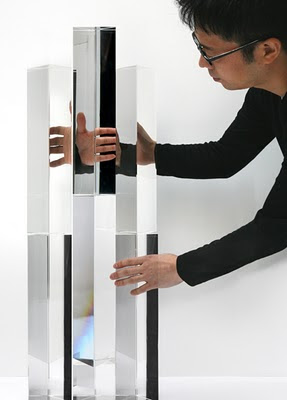 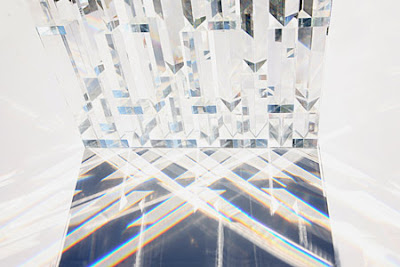 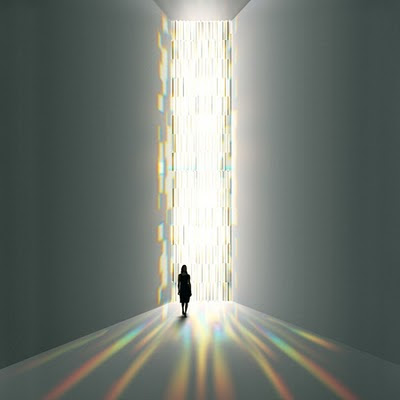 Eero Saarinen's design for the altar space of the Kresge Chapel at MIT is one of the most sublime pieces of church architecture anywhere, I think, and goes to show that even if you don't like the entire building (I've never liked the chapel's exterior, though it is very much of its time)  there is still much that can be learned.

The basic ingredients are an oculus (even if you don't have a sky light you can use a appropriate light fixture) artwork that appears suspended in space (the full length metal structure is by Henry Bertoia), and an altar, elevated so that is appears almost to be lifting off the floor, which is why people often compare this assembly to Star Trek.  But I think it's beautiful, and an accessible design for any church to learn from. 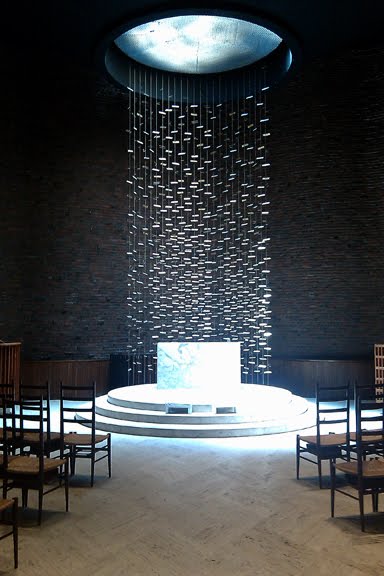