Graffiti in the Church

And speaking of iconography, the BBC reports on a Spanish priest who hired local graffiti artists to paint the dome of the Santa Eulalia church in l'Hospitalet, near Barcelona.

"Father Ramon Borr decided to make the main dome a little different. "Even though the press is scandalised by graffiti artists, for me graffiti is just another artistic technique," he says. There were practical considerations behind his choice too - quote after quote from traditional artists had come in well over budget.

He was a little tentative to start with. "I said we need to have sober colouring," begins Father Borr. "But they said, 'Look, let us try with brights and if you don't like it, we'll take it off.'

Father Borr sent the artists to a museum in Barcelona to study his preferred Romanesque style (parts of the church date from the Middle Ages), and then it took them "10 days and one frantic all-nighter, as they rushed to finish it for a wedding."

Spanish graffiti artist Raul Sanchez Araque, also known as House, also added a personal touch to the work, inserting a thimble to represnt hisgrandmother, "a keen seamstress, who, he says, was miraculously cured of a fatal spinal disease in the 1950s." 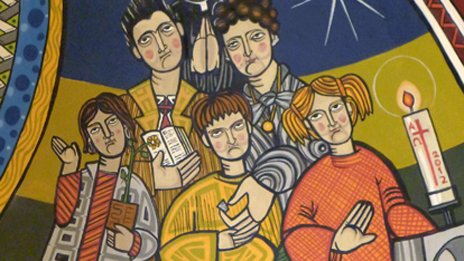 It can be challenging to add symbolic detailing to a modern church building without resorting to a standard set of traditional details that seem more suited to a cathedral.  A new set of beautiful photos by Mark Hertzberg of Frank Lloyd Wright's Annunciation Greek Orthodox Church in Wauwatosa, Wisconsin, highlight some of the ways that FLW referenced faith that moved beyond stained glass or iconography, though the building also includes plenty of those. 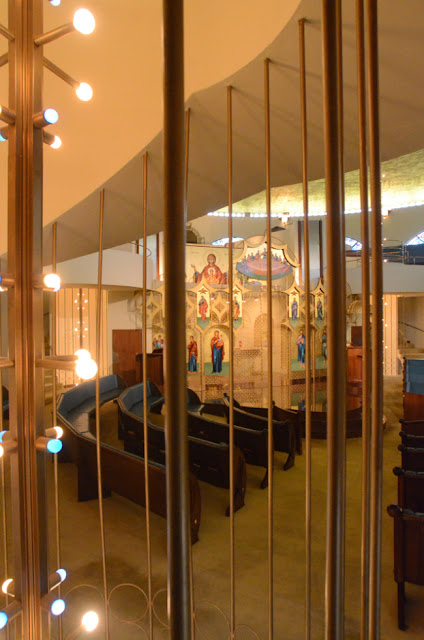 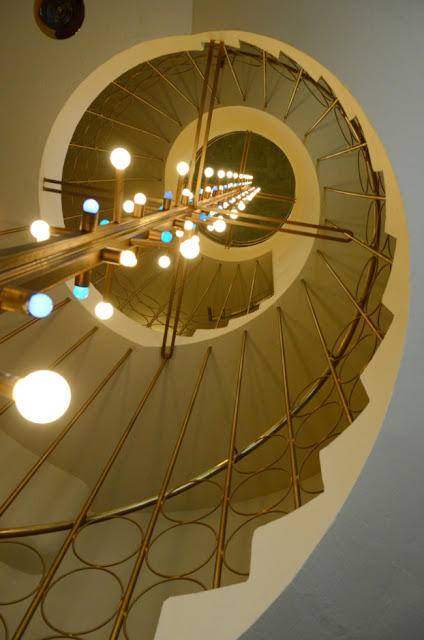 And a church member relates the symbolism of the unusual pew ends:  “The sculptured ends of the pews are intended to represent the Christian symbol of the fish pointed downward (the ball being the tail).” 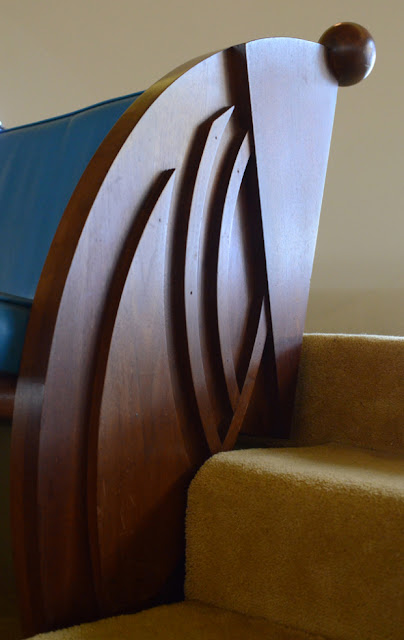