Presbyterian pastor and graphic artist Joseph Novak has distilled the central concepts of each of the 66 books of the Bible into a set of minimalist posters/book covers that he calls the Minimum Bible series.   He views them as a 'diving board' into the text.  His design of concentric circles for the book of Genesis, for example, not only references its role as the book of origins but also the ripple effect created by the introduction of sin. 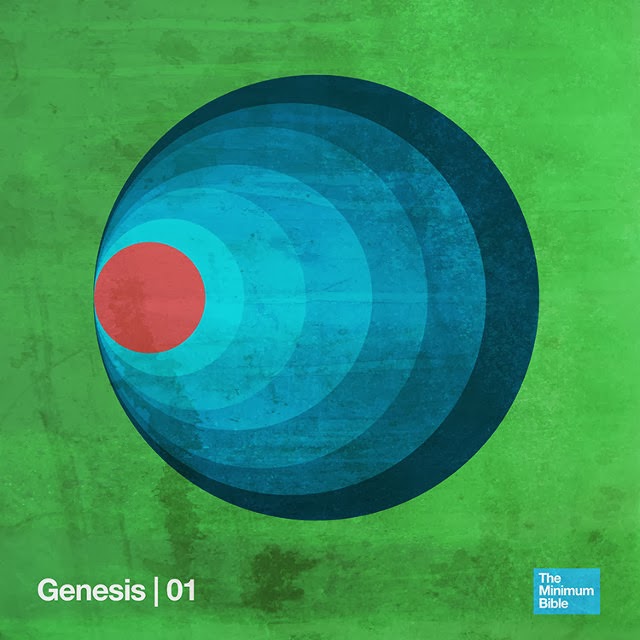 "At its heart, the story is really this brief image in a reﬂecting pool of Utopia but by the third chapter, a stone has been tossed into the pond and the ripples of that stone spread throughout the rest of the book.”

Everything returns to its center, though in Revelations.  The Job cover is typographic, striking through the promises to highlight his lament, but most of the posters are pictograms:   'Samuel' references David and Goliath, 'Acts' riffs on the expansion of the early church, we can see the 'road' of Romans, and some of the posters reference key scriptures, like the "In Christ there is no Jew or Greek, bond or free, male or female" of Galatians. 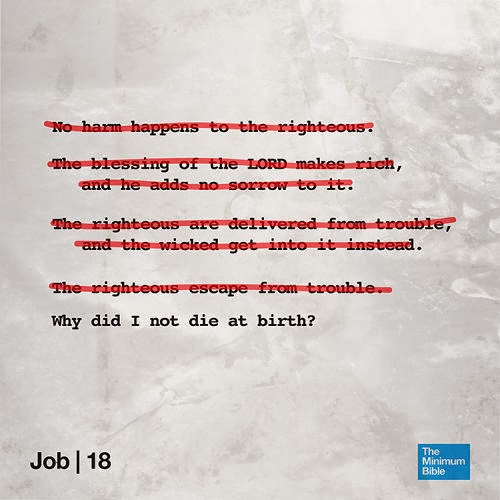 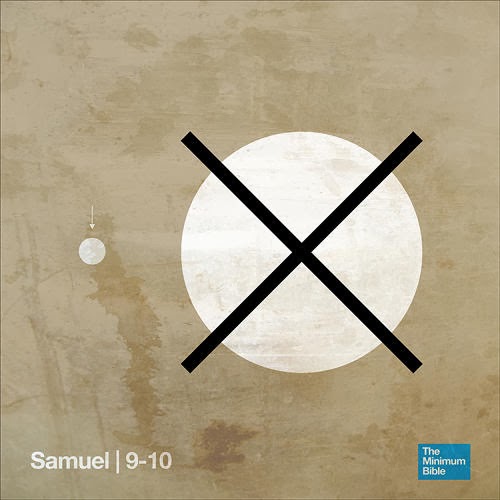 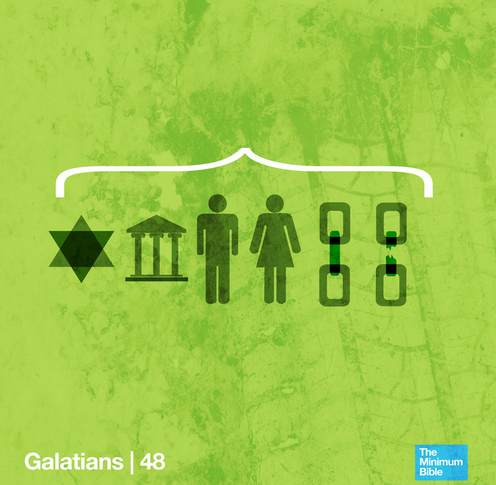 Take the time to peruse the entire set; they're also available for purchase.  Joseph hopes the project will also create an increased design awareness among in the Christian community.  I do too.